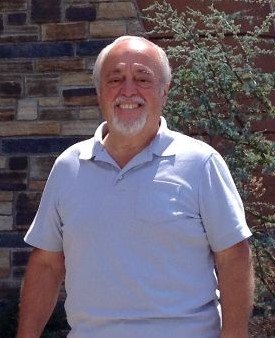 John was born on July 28, 1946 in Tripoli, Libya to Nicola and Gilda Pertelesi (nee Mutolini). They came to the United States in 1957 and made Peekskill, NY their home. On April 8, 1972 John married the love of his life, Lorraine Burdi. John and Lorraine have lived in Peekskill for the past 10 years. John graduated from Peekskill High School in 1965, served in the United States Army from 1966 to 1968. Upon return from the Army, John worked as a a Manager for AT&T in White Plains for nearly 40 years, retiring in 2009.

For the past several years John also served as lector at his Parish, Church of the Holy Spirit, he was a devout and faithful Christian.
John enjoyed gardening, loved Long Beach Island (the beach) and road trips. He worked hard and always maintained high work ethics; but above all, John was extremely devoted to his family. John was happiest when he gathered around a huge table with his family; whether immediate or extended, with lots of food, which had to include plenty of cheese and grapes. John will be forever remembered for his kindness, generosity, his infectious smile, his tiny bit of “stubbornness”, his laughter, his unimaginable love and his positive attitude. Amidst all that he endured during the last several years, he never gave up. When asked “how do you feel”, his answer was always, “great.” For those he left behind, the emptiness will remain but knowing John is at peace will help with the grief, sadness and emptiness.

John is survived by his adoring wife, Lorraine of Peekskill, his mother-in-law, Marie Mastro, his children, Christopher (Collette) of Colorado, Paul (Jennifer) of Georgia and daughter Nicole of Long Island. He is also survived by 5 grandchildren, Roman, Raef, Brandon, Crystal and Stephanie, and a sister, Elena (Raymond) Matheson of Peekskill.

John was predeceased in death by his mother, Gilda and father, Nicola. John is survived by many cousins, aunts and friends .

At John's request, he will be cremated; Memorial Visitation will be Tuesday, February 18, 2020 from 4:00 – 8:00 pm at the Joseph Nardone Funeral Home in Peekskill.
A Mass of Christian Burial will be offered on Wednesday, February 19, 2020 at 10am at the Church of the Holy Spirit.

In lieu of flowers, please forward donations to the American Cancer Society and Wounded Warrior Project.