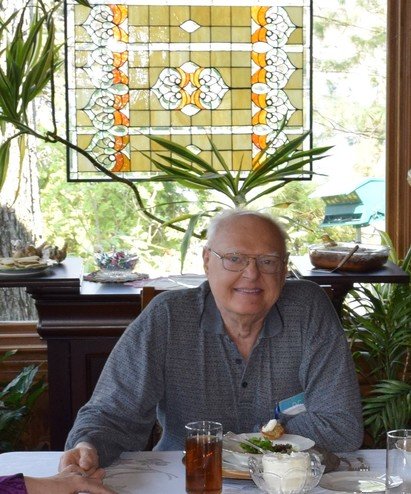 John was born in Jersey City, New Jersey on April 13, 1943 to Adele (Horis) and Edward F. Fischer. Throughout his life he would live in Union City, NJ, North Bergen, NJ, Vietnam and finally in Peekskill, NY where he and his wife, Madeline (Becker) raised their two children, Jennifer Jean and John Edward II.

He danced at Jennifer’s wedding when she married Timothy Fetzer and at John’s when he married Christina Skrobola.

John served in Vietnam in 1966 as one of the first air couriers and was required to meet and maintain the needs of Operation Thayer.  A UH-1 helicopter was placed in standby mode for the use of the air courier.  John, with no previous experience, found himself taking over flying the copter on several occasions.

John and Madeline were married in 1968 and recently celebrated their 50th anniversary.  Something he was very proud of.

John’s career in IBM began when he returned home from Vietnam.  He held several positions, including Manager.  After thirty years he retired from IBM in 1996 and began a second career at Towers Watson as a Compensation Specialist/Survey Product Leader retiring in 2010.  John often commented that the best thing about his time at Towers Watson was the people, several of whom have remained lifelong friends.

In 1981 John made a huge decision in his life and converted to Catholicism.  He was a member of the Church of the Holy Spirit and chaired the Parish Life Commission when it was in operation, he also helped with the Food Pantry and the Religious Education Program.

John is survived by his wife, Madeline, daughter-in-law, Tina, sisters & brothers in law, Eileen & George and Jayne & Chris and his nieces, Kimberly, Dani and Angel and his great niece and nephew.  He is predeceased by his daughter, Jennifer, son, John II, and son in law Tim, his sister, Cheryl and niece, Kelly.

Thoughts shared:  Jen and John, two intelligent people, putting the bathroom window in.  John II and I thought we would have to replace the side of the house.  Lot of laughter.  The first time John met Tina he asked what her intentions were with his son.  Also loving memories of the time they shared in the car driving down to see John II after his accident. Whenever John looked at Madeline he would always smile. John was an amazing person who made everyone feel like family.  Granted a large dysfunctional family at times but still a family.  He always had your back. We will miss his smile; his fake Christmas beards, as well as his dancing & singing animal collection that had to be put out every Christmas.  Also, his crazy hat collection and crazy is an understatement.  The hat he was the proudest of was his Vietnam Veteran’s hat. He wore it with great pride, I was proud when total strangers would welcome him home and thank him for his service. He never lost his love of learning about computers, playing cards or watching Friends.

John loved retirement.  He had waited all his life for the time to just do whatever or nothing.  And he did both well.

To say he is missed is an understatement.  Love is what we take with us and what we leave behind. John had both ends covered.

In light of the recent worldwide occurrences dealing with the outbreak of COVID-19, the family of John E. Fischer would like to have his Hours of Visitation and Burial Services reserved for immediate Family.

To send flowers to the family or plant a tree in memory of John Fischer, please visit Tribute Store
Print
Thursday
7
May