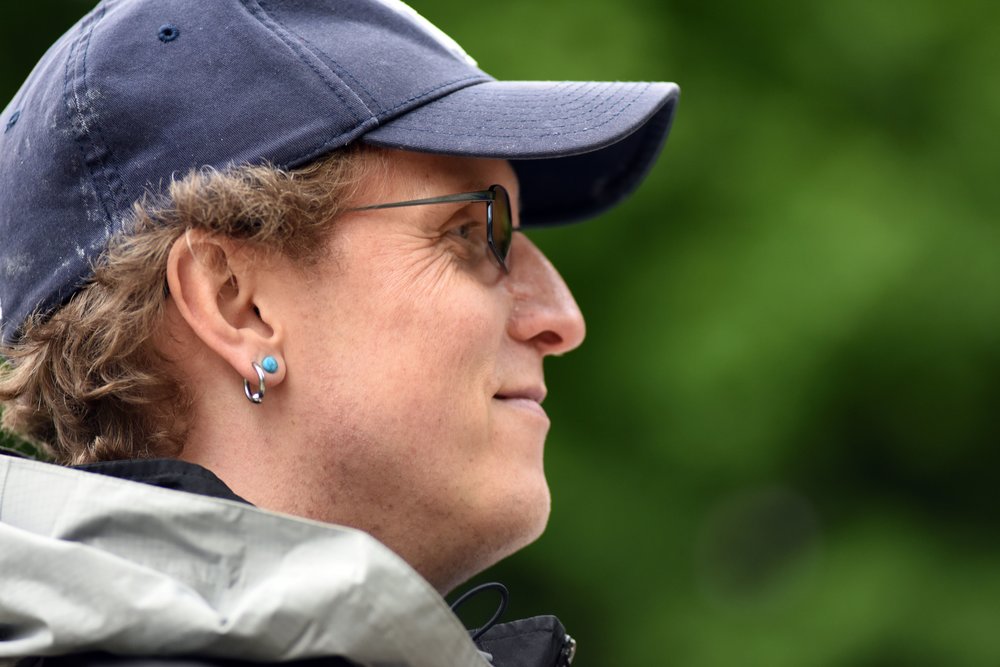 Widely known as the Grace Jones of the NYC a capella scene, Lehho Rebassoo cast a large shadow wherever he went, mainly because he was very, very tall. But there was more to him than his height—he was also very blond, and very Estonian.

Born on July 7, 1970, in Jamaica, Queens, New York to Peep and Eve Rebassoo, the family eventually relocated upstate to the Capital District region, detouring through New Jersey where in 1975 a five-year-old Lehho and his little sister survived a gun battle during a bank robbery foiled by his father, an off-duty patrolman.

Athletic from an early age, Lehho enjoyed Little League, high school tennis and shooting hoops, although he successfully resisted years of attempts by coaches to make him play basketball, instead at one point trying out for the minor leagues. His natural physical talents were such that Lehho could have become a professional athlete but his love of sleeping late, good food and generally not working out for hours at a time was far stronger than his desire to do sports for other than fun.

Graduating from Averill Park High School, he attended Binghamton University in a desultory fashion from 1988 through 1993 before dropping out to pursue a career in word processing. While he absorbed little of lasting use from his scholastic endeavours, he did join a capella group The Binghamton Crosbys as a bass, continuing a musical passion he’d had since childhood and starting him on a singing course he’d pursue for the rest of his life. He and other ex-Crosbys combined to form The Exboyfriends in 1994, performing in NYC and occasionally elsewhere through the present day; and Lehho held down the bottom end on two of their three LPs. Like all a capella groups, TXB flirted at best briefly with fame, recording jingles for Nickelodeon; progressing through America’s Got Talent auditions in 2014; performing their renowned cover of Edgar Winter’s Frankenstien on stage at an Edgar Winter concert; and appearing on the Howard Stern Show in 1997 and 2016 (parental discretion advised). In recent years Lehho attempted to take up the electric bass and still had MySpace links on his Facebook profile.

Lehho was also a founding member of LearnedLeague, the world’s most exclusive trivia league, in 1997. Now boasting over 20,000 members, it has spawned numerous Jeopardy champions, including all-time champion Ken Jennings. Lehho was good, but not Ken Jennings good.

After a brief respiratory illness, he was diagnosed with pulmonary angiosarcoma in February, 2020, a cancer so impossibly rare there that of course only he would get it. Despite its rapid progression and extent, he was able to bring to bear his twin passions for lying around and doing very little, enjoying a spring and summer with his friends and family, largely at the home he and his beloved partner Heather Hackett had recently bought together in Putnam Valley, New York. Able to enjoy life to the end, he died on October 15, 2020, shortly after being taken to Westchester Medical Center.

He is survived by Heather; brother Valev (Nicole) and sister Laine (Dan); nephew Magnus; niece Skye; his parents; Charlie the dog; Cato the cat; his bandmates; friends, notably David and Elizabeth Traver Adolphus; and the thousands of people he touched, generally but not exclusively not literally. He brought and kept people together and never stopped being your friend. Lehho was hard to miss and easy to love.