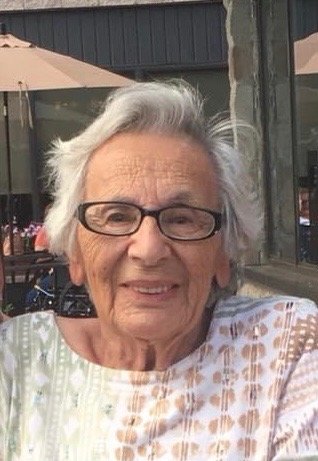 Marian J. Lepore Pearson, a former longtime Peekskill resident, passed away on Wednesday, December 16, 2020, at Skyview Rehabilitation and Health Care Center in Croton. She was 93.

She was born on March 26, 1927, to Joseph and Marian Caliendo Montesano, and raised and educated in Peekskill schools.  Marian worked as a Dental Assistant in the office of Joseph and Frank Fontana. She married Frank S. Lepore on May 23, 1948, at Assumption Church, where she was a long time Parishioner. Mr. Lepore passed away in 1971. Later she married Richard D. Pearson at Little Flower Chapel at Graymoor, in Garrison. Mr. Pearson passed away in 2012.

Besides her 2 husbands, Marian is also predeceased by 2 sons, Frank S. Lepore, Jr, and David J. Lepore, and a brother, Joseph Montesano.

To send flowers to the family or plant a tree in memory of Marian Pearson, please visit Tribute Store
Print
Wednesday
23
December