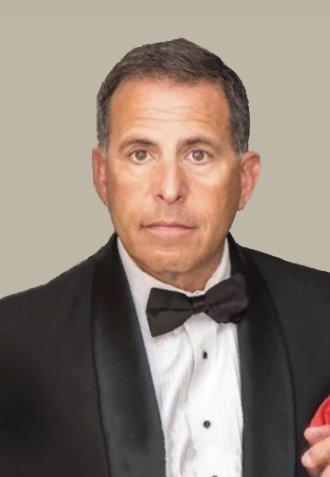 Please share a memory of Bruce to include in a keepsake book for family and friends.
View Tribute Book

Bruce Bellom, of Peekskill, NY passed away on March 1, 2021, at Westchester Medical Center with the love of his life, Linda Belger, by his side following a month-long battle with COVID-19. He was 66 years old.

A free spirit who lived his life unapologetically, Bruce was a devoted son, father, grandfather, brother, uncle, friend, cop, and a source of love, strength, joy, support, and understanding not only to his family but to nearly every person that came into his orbit. The impact of his kindness, encouragement, and insurmountable generosity stretched beyond his personal life and into many different communities, groups, and organizations.

One of his greatest qualities was making you feel seen, heard, and understood.

Whether he was traveling to new destinations with his love, enjoying Yankee games with his children, bowling with his sister and niece, racing his cars at full speed, watching his grandchildren grow up, cheering on his stepsons during hockey games, discussing politics, or making his daily round of calls to friends and family members, everything Bruce did he did with gusto, swag, and fulfillment.

He will be greatly missed by those who had the honor of knowing him.

During his tenure, Bruce made an irrefutable impact on his colleagues and mentored dozens of park rangers aspiring to become law enforcement officers for five summers at Playland Park in Rye. His influence has resulted in several rangers moving on to become members of various local and state police departments.

His guidance has also propelled other rangers to reach successes outside of the law enforcement field.

Additionally, Bruce applied his over three decades of police experience as a member of the Westchester County Traffic & Safety Board, where he served for nearly three years. He also trained the armed forces to drive Humvees in desert terrain and advised on how to avoid land mines at Fort Campbell.

Bruce had a deep sense of commitment for his community, serving as the Chairman of the Peekskill Republican Party and Secretary of the Peekskill Rotary Club. His passion for local politics and civic engagement resulted in his political group launching a talk show called Up and About with Peekskill United, where he offered political commentary on local happenings, attended momentous events, and produced featurettes on influential residents and business owners as the Man on the Street.

Despite some contention between political parties in recent years, members of the Democratic community regard Bruce as a nobleman who was fair and always willing to have a friendly conversation or rousing debate.

While Bruce led a rewarding life, he truly began to live in 2014 when he met his partner of seven wonderful years, Linda. Together they built a beautiful home in Peekskill and successfully blended both of their families to create an unbreakable bond that will endure years beyond his passing.

He was predeceased by ex-wife Debbie Bellom.

In lieu of flowers, the family requests that donations be made in Bruce’s name and be directed to the Rotary Club of Peekskill.

The Celebration of Life for Bruce will be live-streamed from 7:00 pm - 8:00 pm and can be viewed by clicking [HERE].

To send flowers to the family or plant a tree in memory of Bruce Bellom, please visit Tribute Store
Print
Saturday
6
March