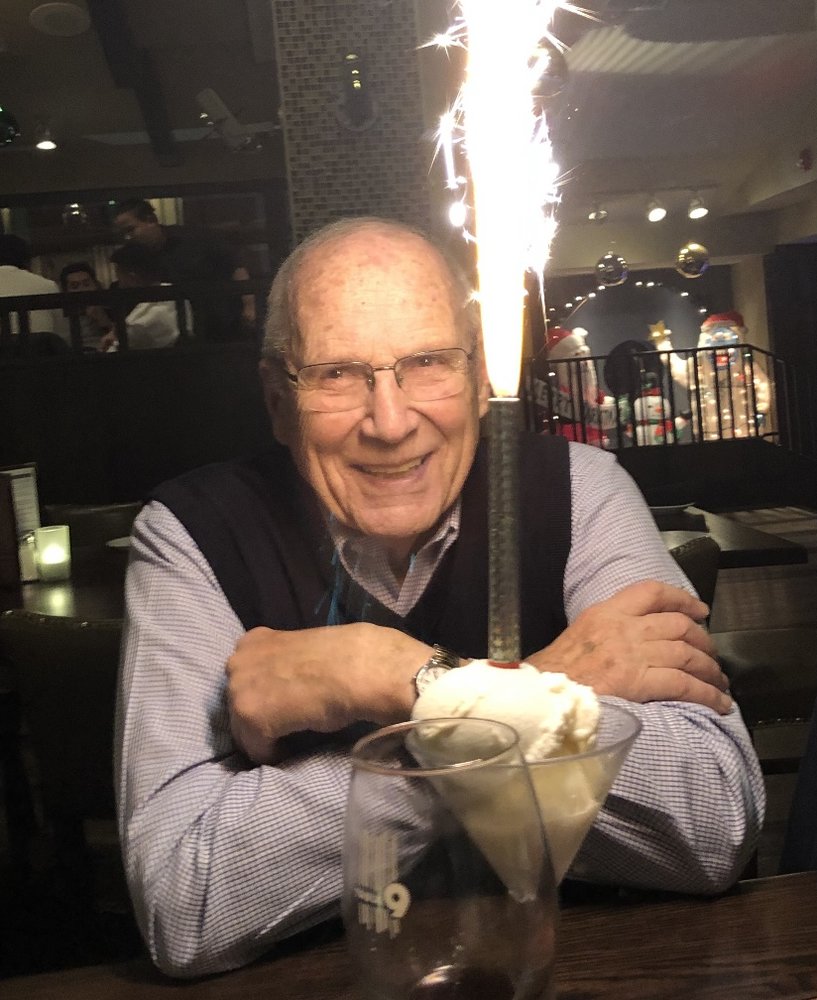 Please share a memory of Gerald to include in a keepsake book for family and friends.
View Tribute Book

A longtime resident of Cortlandt Manor, Jerry was born December 15, 1934, in Queens, NY, and was the son of Charles and Isabel(Outhouse) Sammon. He grew up in Yonkers, NY, and graduated from Sacred Heart High School where he excelled in athletic cs, performing arts, and shenanigans. After graduation, he followed in his Father’s footsteps working for Otis Elevator, Local #1. Jerry retired from Otis in 1996 after 42 years of employment; and subsequently enjoying 25 years of retirement.

Jerry enjoyed working with youth and spent many years coaching his son and his son’s friends in Cortlandt Little League, Cortlandt Senior League as well as CYO basketball at St. Columbanus. In addition to his involvement with youth sports, Jerry was an active member of Yorktown Elks Lodge #2324 and Knights of Columbus Council #4012. One of his biggest joys was portraying Santa Claus at the Elks Christmas Party as well as for the mentally challenged.

During his retirement, Jerry enjoyed putzing around his home and yard, gardening, traveling, reading, golfing, and walking his dog of which he had many. Jerry was a loyal friend, spouse, father, and grandfather. He loved nothing more than being with his family and matching wits with his wife, Muriel.

Jerry is survived by his loyal and loving wife of 63 years Muriel(Matheson), his daughter Karen Pethybridge her husband Dave, son William(Bill) his wife Teresa. He is also survived by his three cherished grandchildren who will miss him and his silliness, Nicole(Sammon) and Jeff Tripp, Kelsey Pethybridge and her fiancé William LaPlaca, and his grandson Sean Pethybridge.

In addition to his parents, Jerry was pre-deceased by his loving four sisters and their spouses: Patricia and George Maloney, Kathleen and Barry Dale, Helen and Charles Peterson, Doris and James Peacock. Jerry is also survived by many nieces, nephews, and friends.

In lieu of flowers, the family requests donations are made in Jerry’s honor to the Special Olympics