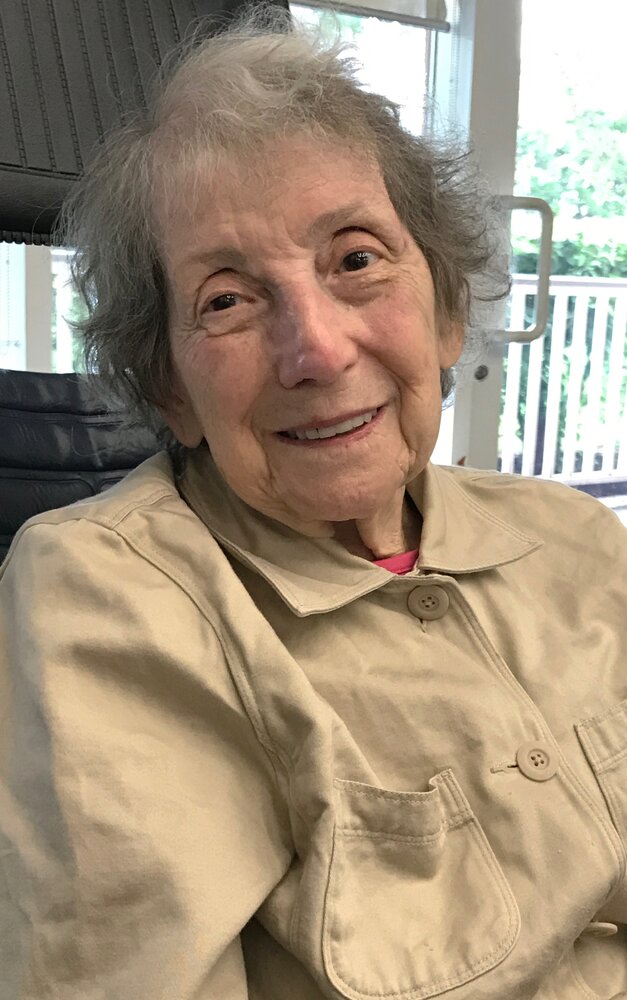 Isabel Feiner Kouri passed away peacefully following a brief illness and will be laid to rest with the love of her life, her late husband Joe.

Isabel was born to Ukrainian immigrants, Rivka Gruenfeld and David Feiner, Isabel grew up in The Bronx neighborhood of Foxhurst surrounded by her loving and supportive extended family. She fondly remembered crossing the street for dinner at her grandmother’s and visiting her beloved Aunt Marion a few doors down. She lost her oldest brother, Jacob, too early--in a munitions accident in Germany in 1945--but remained particularly close to her brother Bernard, a Washington D.C. lawyer and civil servant, until his death in 2016.

A woman of acute intelligence and wit, Isabel loved language. One of her many unforgettable traits was her delightfully impressive working vocabulary. She built a distinguished career in a domain that capitalized on her precise expression and graceful prose, as well as her ability to research and synthesize information efficiently: the writing of letters. As a newly-minted graduate of Hunter College, Isabel signed on as assistant to White House Social Secretary, Mary Jane McCaffree. There, she helped respond to the 1,000 letters that First Lady Mamie Eisenhower received each month.

Upon her return to New York, Time hired Isabel in its Letters Department, and she stayed at the news magazine from 1954 till her retirement in 1990. Deputy to the Letters Chief, Isabel was the department specialist in national affairs and a periodic contributor to “The Nation” section. Her colleague Amy, who celebrated each department milestone in verse, described her mastery of contemporary politics in a poem celebrating her retirement:

“Think twice, my friends, of what fate has in store

With Isabel gone, with I.K. no more.

No one here knows of missiles and silos and guns,

No one here can compute dead weight and long tons.

Or answer those questions that readers keep sending

On federal pensions and government spending.

And who will reply to such matters of state

Who will tackle the budget and its balancing act?

If the lively intelligence that carried her into her 90s is any indication, Isabel enjoyed being a bit of a rebel. She had a successful career when women who could were encouraged to stay home. She was the family breadwinner in an age where, regardless, hers was never the primary name on the bank account and tax forms. She married a Lebanese Catholic, despite the displeasure of her secular Jewish parents. And, at least in her later years, Isabel never shied away from a well-framed retort--with a laugh and a glint in her eyes.

What eventually encouraged Isabel to retire was the same magnetic force that drew Isabel back from Washington: her great love, Joseph John Kouri. Isabel was still a student when she met Joe at a roller rink, and she fell fast for the tall, handsome stranger. “I am going to marry that man,” she told a friend a few days later. And she did. The young couple settled in Peekskill, close to Isabel’s beloved mother-in-law, Afifie. Deeply in love till the end, they shared 68 years together. Joe preceded her in death in April 2021.

The life they built together had many quiet pleasures. Dog-eared cookbooks and recipes clipped from periodicals document the culinary adventures that gave Isabel a taste for spicy food. She tackled intricate knitting patterns on her commutes to the city and kept a project next to her end of the sofa—the side with the good lamp.

Isabel also read widely but always returned to the Victorian novels by Anthony Trollope and mysteries of any era. She had a soft spot for Johnny Carson, what she called semi-classical music, and raunchy jokes, especially when told by her dear friend Kathleen Rosoff. Isabel and Joe adored their pets, especially Madelyn (AKA Miss Puss), and supported the work of animal rescue organizations across the country.

She will be sorely missed by all who knew her.