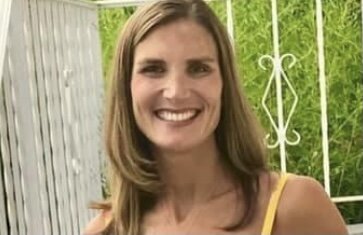 Please share a memory of Christine to include in a keepsake book for family and friends.
View Tribute Book

Christine Allison Camarra of Cortlandt Manor, NY passed away peacefully on Monday, September 13, 2021, at the age of 41 years.

Born in Rochester, Michigan on September 15, 1979, she is survived by her loving husband of 15 years, George W. Camarra. Christine was a loving mother of three beautiful girls, Katelyn, age 11; Emily, age 10; and Natalie, age 7. She was the daughter of Dale M. and Delores C. Dietrich of Phoenix, Arizona. She is survived by her loving siblings, Kelli M. Dietrich of Phoenix, Arizona, and Steven M. Dietrich, of Chino Hills, California.

In 2005, Christine and George relocated to Westchester County, New York to begin their lives together. Christine spent several years teaching in the Valley Central School District before eventually settling in the Somers Central School District, where her husband also
teaches. During her tenure, she earned a special education certificate allowing her to impact a broader population of children. In her time as a teacher in Somers, she quickly became a beloved member of the faculty, students, and community.

Christine was an avid fitness and health enthusiast. In her spare time, she loved spending time with family and friends, traveling to the beach, and seeking out new adventures.

In June of 2018, Christine was diagnosed with a rare and aggressive form of Ovarian Cancer. She met this cancer with a fierce determination to live life to its fullest. Over the last three years, Christine became a passionate advocate for raising awareness and funds
for Ovarian Cancer charities and research.

In lieu of flowers, please consider a donation towards the college education of her daughters that has been established on Go Fund Me listed as The Camarra Daughter’s College Fund.