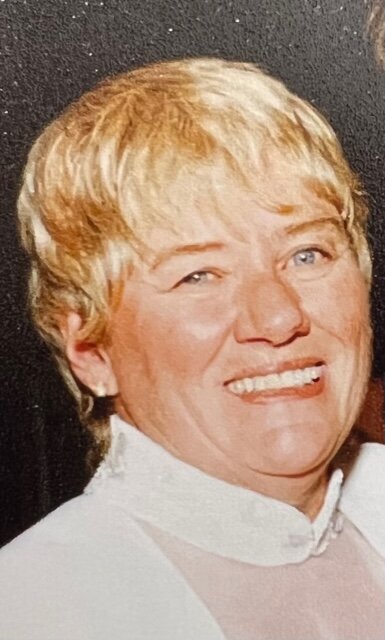 Please share a memory of Kathleen to include in a keepsake book for family and friends.
View Tribute Book

Former Peekskill resident Kathleen (Bischoff) Minnerly, 78, died peacefully on January 24, 2022, surrounded by her family, at Vassar Brothers Medical Center in Poughkeepsie, NY. Her death was preceded by a short course of unexpected yet serious complications that left her in critical condition after an accidental fall in her home.

Kathleen was born in Peekskill, NY on August 7, 1943, the second child to John E. (Jack) and Marion Bischoff. A strong-willed and independent woman, Kathleen went to work for IBM in New York City directly after graduating from Peekskill High School in 1961. She took tremendous pride in her years there as an executive secretary, first in midtown Manhattan and later at the IBM Watson Research Center in Westchester. A woman ahead of her time at balancing career and family, she was always delighted to share the story of how she changed her baby Joanne’s diaper on the huge oak desk of the senior executive at the Watson Center (for the record, he helped).

In 1962 Kathleen married the love of her life, Joseph (Joe) Minnerly. When telling the story of Joe’s marriage proposal, she was quick to point out that she took a full twenty minutes of silence before responding. Over the years, that twenty-minute silence took on different meanings, depending on who was listening to the story. When teasing each other, as they often did, Kathleen would say that she needed the time to think about his offer. However, in more serious moments, she admitted that she needed the full twenty minutes to compose herself because she was speechless and ecstatic. We may never know how she used those twenty minutes, but we can say with certainty that Joe and Kathleen became inseparable life partners, sharing a marriage full of love, mutual support and admiration, humor, and plenty of teasing.

Joe and Kathleen held many shared ambitions as they built their young family. Together they had four children: Joanne, Karen, Joseph Jr., and Laura. In 1973, they purchased a corner store on Highland Avenue in Peekskill. They turned that little store
into Joe’s Mini Market, building it into a successful and popular local business that they owned and operated for 25 years before retiring to East Fishkill. Their many customers will likely remember Kathleen’s friendly conversation and sense of humor, but only those who stopped in on weekdays between 11:30 am and 2:00 pm, which were her working hours. Joe, who worked every day from 7 am to 10 pm, used to jokingly say that she was the single most highly paid hourly worker in town. Kathleen’s time at the store allowed her to make many friends as well as impact the lives of the many teenagers in town that worked at Joe’s Mini Market over the years.

As a mom, it was important to Kathleen that her children become independent and unique individuals with the drive and ability to pursue their own dreams. She devoted years to leading a Girl Scout troop at Woodside Elementary School and attended countless Little League games and school concerts. Most notably, however, is that Kathleen ran her home with her unique brand of humor. Her parenting style incorporated the conventional with the unconventional.

Kathleen loved to shop and was decades ahead of Amazon in mastering the art of home shopping delivery. Her house was a regular stop on the local UPS route. She also enjoyed traveling, which allowed her to combine visiting new places along with wearing her latest stylish finds. A few of her favorite trips included Mystic Seaport, Lake Tahoe, the Grand Canyon, and Florida where she and Joe purchased a second home.

Music played a big part in Kathleen’s life. In the earlier days, the music came from albums on the family’s 1970’s era long and low “hi-fi” cabinet when at home, or from 8- track tapes in the car. Later, she learned how to make her own mix tapes and burn her own CDs. Regardless of the method, the music was the same; she loved music from the ’50s and ’60s. She loved listening to it, singing along with it, and especially she loved dancing to it. Kathleen also enjoyed movies, but not romances or overly dramatic stories. Instead, Kathleen enjoyed a good thriller or crime story. She also liked to watch and play along at home with game shows, especially Name That Tune (which lost points in her book because she did not like Kathie Lee) and Jeopardy (which gained points with her because she especially liked Alex Trebek).

Tragedy struck Kathleen when Joe died suddenly in 2004, forever changing her life. While she found ways to re-invent her next chapter, losing Joe after over 40 years of marriage was like losing a part of herself. As a recent widow, Kathleen made new friends by taking a part-time job at Sears in Poughkeepsie and in recent years found companionship with William (Bill) Welsh of Saugerties.

In addition to being predeceased by her husband, Joseph R. Minnerly, Sr., she is also predeceased by her sisters Denise Bischoff, Maryellen (Bischoff) Roberts, her brother John E. Bischoff, Jr., and her grandson Tim Sieber. She is survived by her four children: Joanne (Bill) Bathalon, Karen (Ward) Reynolds, Joseph R. (Nicola) Minnerly, Jr., and Laura (Christopher) Collard, as well as by her brother Martin C. (Barbara) Bischoff. She also leaves behind six grandchildren, three great-grandchildren.

A Mass of Christian Burial will be held at the Assumption Church at 10:00 am on Monday, January 31st, followed by Entombment alongside her husband at Rose Hills Memorial Cemetery in Putnam Valley, NY

For those wishing to express sympathy, the family welcomes your personal choice including notes, cards, flowers, or memorial contributions to your favorite charity.
Kathleen would also have been thrilled to encourage organ and bone marrow donation, a gift of life that three different people gave to both her husband and grandson.

To send flowers to the family or plant a tree in memory of Kathleen Minnerly, please visit Tribute Store
Print
Friday
28
January