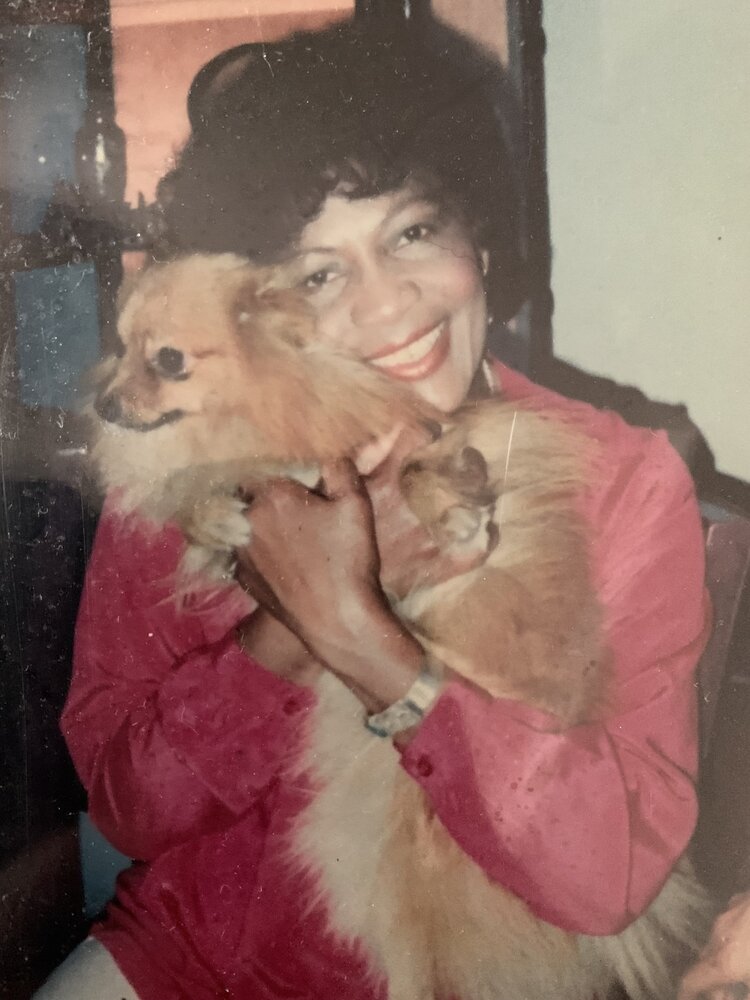 Dorothy Mildred Selena Nixon passed away peacefully on the morning of June 23, 2022 at the Northern Manor Nursing Home in Nanuet NY at the age of 96. She was admitted to Northern Manor in 2013 due to debilitating complications from a stroke that she had suffered several years earlier. During her time at Northern Manor she was lovingly attended to by their professional and caring staff and her family. Because of their devoted care she lived a fulfilling and courageous life to the end.

Ms. Nixon was born in Fairfield Virginia on November 11, 1925. She was the 5th child of Washington Norville Chambers and Georgie E. Chambers. Ms. Nixon was preceded in death by her parents, her first husband William McKinley Jordan, all of her four brothers Gilbert Chambers, Clarence Chambers,, Mitchell Chambers, Noah Chambers and her daughter Avrile Annette Camberlain. She is survived by her daughter Cheryl Mae Jordan, her son Bruce M. Jordan, her granddaughter Ingrid Jordan Nkongho and husband Andrew, and two great grandchildren Lydia and Jordan.

Ms. Nixon lived a full and wonderful life. She grew up on a picturesque farm in Fairfield, Virginia and attended High School in Fairfield Virginia. She met her first husband William McKinley Jordan in Lexington, Virginia who was an instructor with the Army Air Force at Washington and Lee University at the time. They married in 1945 and Ms. Nixon and her family moved to Syracuse, New York where William completed his studies at Syracuse University. During this time Ms. Nixon gave birth to her three children Cheryl, Avrile, and Bruce. After William’s graduation from Syracuse Ms. Nixon’s family moved to Asbury Park, New Jersey where she and her husband established themselves, building a home and acquiring rental properties. During this time Ms. Nixon completed her studies to become a licensed beautician and engaged in her profession until retiring and assuming a second career later in her life. After successfully seeing her children through college and graduate schools Ms. Nixon divorced in 1971 and remarried in 1973 to Miles Nixon, eventually relocating to Cortlandt Manor, New York where she resided until her admission to a nursing home. During her second marriage she began a second career with Union Carbide from which she later retired. During this new period in her life Ms. Nixon was actively engaged in assisting her daughter Avrile with raising her grandchild Ingrid, supporting her other daughter Cheryl in reestablishing her career in the United States after returning home from the Foreign Service, and caring for her ailing grandmother until her death in 1980. She was instrumental in assuring the successful education and graduation of Ingrid from Skidmore College in 1998. Ms. Nixon eventually divorced Mr. Nixon and remained at her home in Cortlandt Manor until her admission to Northern Manor Nursing Home in 2013.

Ms. Nixon was a kind and loving soul possessing a strong and fiery spirit with an elan for life. Her great physical beauty both as a young and older woman was surpassed only by her deep and abiding inner beauty of compassion, caring, selflessness, and generosity. She was a beautiful person; dedicated and wonderful mother, grandmother, and great grandmother; devoted spouse; and a caring and deeply generous daughter. The brilliant flame of her life when she was healthy and warm embers of her presence even while ailing touched all who encountered and knew her. Her loss is beyond words and yet her legacy is precious and enduring. She will be remembered and missed by all.

There will be online viewing available for loved ones and friends.

To plant a beautiful memorial tree in memory of Dorothy Nixon, please visit our Tree Store

A Memorial Tree was planted for Dorothy
We are deeply sorry for your loss ~ the staff at Joseph F. Nardone Funeral Home
Join in honoring their life - plant a memorial tree
Services for Dorothy Nixon
There are no events scheduled. You can still show your support by planting a tree in memory of Dorothy Nixon.
Plant a tree in memory of Dorothy
Print
Share A Memory
Plant a Tree