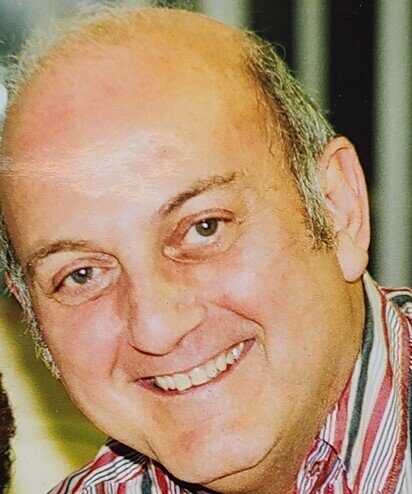 Please share a memory of Raymond to include in a keepsake book for family and friends.
View Tribute Book

Raymond A. Parise passed away peacefully at home in Cortlandt Manor, New York on October 22, 2022. Ray was 79 years old and was born in White Plains, New York on December 7, 1942.

Ray’s family traces its routes to Italy when his grandparents immigrated from the Naples and Rome regions of Italy to New York in 1901-1903. The family moved to White Plains and Ray then moved to northern Westchester County.

Ray attended White Plains High School and graduated in 1960. He completed training to become a sheet metal worker and worked in Westchester County for over 35 years. He was an active member of the SMWU Local 38 for over 55 years. Ray enlisted in the Army and served two years of honorable service from 1964-1966 mostly in Germany as Vietnam support.

Ray retired from sheet metal working in 1992 and was very active in his church Graymoor. He enjoyed vacations with his partner Shelly and visited Niagara Falls, Alaska, and many beaches and getaways in New Jersey, Maine, and New Hampshire. Ray also enjoyed camping, shooting, and sports. His favorite team was the New York Giants but he enjoyed all New York sports teams as well as college football. Ray loved hosting parties and his Halloween parties generated many fond memories.

Ray enjoyed his time as a member of the Italian-American Club and spent his free time playing Trivia, going to civic functions, attending Mass, and visiting his children and grandchildren in Florida. Ray was very handy and all who knew him remember all the furniture and household devices he made from sheet metal. He even made an entire boat out of sheet metal that held the entire family.

Ray loved his Sunday dinners with family eating pasta. He made the sauce and meatballs and many times the main dish as well. His food was delicious! His recipes live on through younger generations in the Parise family.

Ray was predeceased by his mother Pearl Parise (Petrosino) and father Anthony Parise. Ray is survived by his loving partner Shelly Hauser, his children Joseph (wife Dominique), Christine, and James, his sister Perri (husband Bart), and his brother Anthony (wife Jan). Ray had three grandchildren Anthony, Jessica, and Anthony. He will be lovingly remembered by numerous cousins, nieces, nephews, and friends.

A Celebration of Life is planned in the early spring of 2023 in the Cortlandt area.

To plant a beautiful memorial tree in memory of Raymond Parise, please visit our Tree Store

A Memorial Tree was planted for Raymond
We are deeply sorry for your loss ~ the staff at Joseph F. Nardone Funeral Home
Join in honoring their life - plant a memorial tree
Services for Raymond Parise
There are no events scheduled. You can still show your support by planting a tree in memory of Raymond Parise.
Plant a tree in memory of Raymond
Print
Online Memory & Photo Sharing Event
Online Event
About this Event