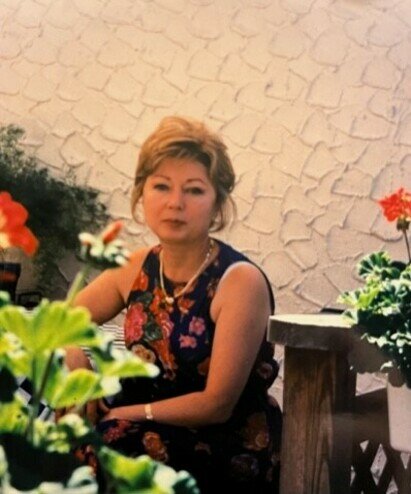 Please share a memory of Trudy to include in a keepsake book for family and friends.
View Tribute Book

In Reinersdorf, Austria Franz and Stefanie Sümeg welcomed their only daughter Gertrude into the world in 1948.  Emigrating from Austria in 1960 along with her brother Frank, the family settled in Yorkville, Manhattan.  Now going by Trudy, for she strongly disliked the American pronunciation of her given name, she completed her schooling at St. Joseph’s grammar school and Holy Cross Academy.

The family eventually landed in Glendale, Queens. Still, Manhattan continued to draw Trudy as she studied at LaGuardia Community College and embarked on a career in television and advertising at Metromedia. Trudy met and married Fred Miehl, a fellow Austrian who had also immigrated to New York and was living in Astoria. They spent countless nights dancing with friends into the early morning hours at Martin’s, a club in Ridgewood Queens, and Castle Harbor Casino in the Bronx. Trudy and Fred married at Sacred Heart Church in 1971. Their reception was – naturally – at Castle Harbor.

Trudy gave up her successful career so she and Fred could raise their two children, Nicole and Christopher at Sacred Heart.  She was always put together and elegantly dressed (she never wore sneakers). Keeping close to her Austrian heritage Trudy was a fixture at Burgenlander society events. An excellent dancer, she and Fred danced as long as the band played at those events.  As a beloved member of the Burgenlander societies, she could never leave an event without at least an hour of saying goodbye to her many friends and family in attendance.

Following a return to the workforce for nearly a decade at the Metropolitan Museum of Art and Heffernan Investments, Trudy and Fred moved to Cortland Manor.  Trudy and Fred found a home with a pool to ensure that their grandchildren could fill the house with noise, love, and laughter.  Filling the house with noise was a mission the grandchildren and their many friends were only too happy to accomplish.  An excellent cook and baker, Trudy would repay her grandchildren’s love in many ways, but often it was via the dinner table where the love and laughter were muted by the children’s enjoyment of her culinary excellence.

In Lieu of flowers, donations in Trudy's memory can be made to the Society of St. Vincent de Paul

To send flowers to the family or plant a tree in memory of Trudy Miehl, please visit Tribute Store
Print
Thursday
8
December