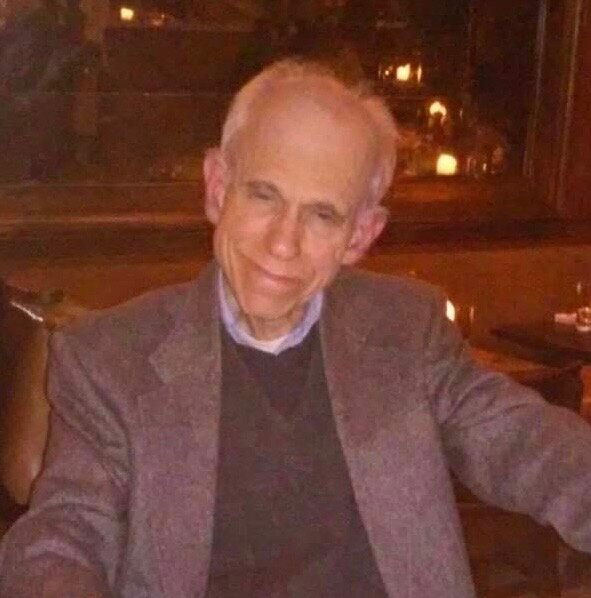 Please share a memory of Thomas to include in a keepsake book for family and friends.
View Tribute Book

On Sunday, December 18th, 2022, Thomas Sherwin Levine passed away from complications of pneumonia. Born September 2nd , 1938, to Dr. Arthur and Sylvia Levine, he and his younger brother, Eric, were raised on Long Island in Port Washington, NY. Tom excelled in many aspects of academics throughout his high school years, graduating in the top of his class in 1956. He earned his undergraduate degree at the University of Colorado, continuing on to complete his law degree there in 1963.

After relocating to New York City, he was admitted to the New York Bar Association in 1964 and completed a master's in taxation through NYU Law School two years later. He clerked for a Federal Appeals judge, then began his working career at Grolier Publishing Company. After working at two different law firms, he eventually opened his own law practice. Specializing in estates and trusts, Tom maintained the practice for 30 years before retiring in 2017.

Tom and Angela were married in 1971, welcoming their first child, Tamsin, two years later. The young family moved to the suburbs of Westchester County; first to Rye, NY, and then to Pleasantville, NY in 1979 when their second child, Kenneth, was born. Tom came to view Pleasantville as a “home.” It’s where he settled, raised his family, and lived until his passing. Community was an important part of the life he built there, and he contributed to it in many ways. He led the monthly book group for years at the Mount Pleasant Public Library. He was involved for a time with the village school board and was a leading force in the effort to get the new grade school built at its current location. He greatly enjoyed the spiritual programs and fellowship at the Pleasantville Presbyterian Church and was active at the senior center in his later years.

Tom valued family gatherings and was known for consistently staying connected to relatives far afield. Even after their divorce, he and Angela stayed good friends for the remainder of his life. Tom shared his mother’s interest in English literature and inherited his father’s skill on the tennis court. He also came from a long line of chess enthusiasts. He loved the strategic nature of the game, playing competitively and tutoring others who wanted to learn. During the family’s few years in Rye, he established an annual children’s chess tournament at the local library that he returned to moderate for over 20 years.

Tom possessed a keen intelligence, with a vast knowledge of American History and government. He had a deep appreciation for classical music (especially rousing overtures and marches) and the uncanny ability to whistle any piece of music he’d heard. Tom was known by family and friends alike for his warmth and kindness. He had a notably generous spirit, always quick with a compliment or a word of encouragement.

Tom is survived by his children, Tamsin Levine and Kenneth Levine (Hikaru), and their mother, Angela Levine, his brother, Eric Levine (Holly), his niece, Cambria Gould (Greg), his nephew, Graden Levine (Megan), his grandniece, Julia Levine, and multiple cousins. He will be remembered and missed dearly by all.