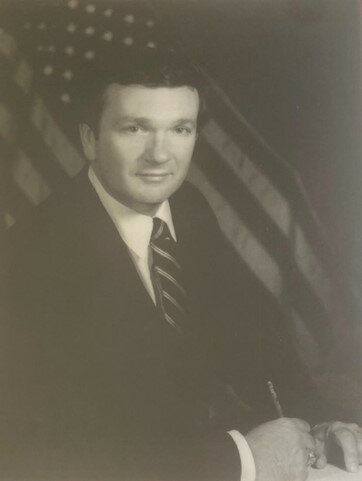 Please share a memory of Charles to include in a keepsake book for family and friends.
View Tribute Book

The family of longtime Cortlandt Manor, NY resident Charles G. DiGiacomo is profoundly sad to announce his passing on December 29th after a recent illness at the age of 82.

Charlie was born on June 14, 1940, to Bertha and Charles DiGiacomo, Sr and grew up in Ossining, NY.

He is preceded in death by his brother Frank Evans, Gail, and Beatrice.

He graduated from Ossining High School in 1958 as Class President. He obtained his bachelor’s degree from Pace University. Additionally, he served in the US Army Reserves as a Second Lieutenant.

He then began his career with Exxon. His true love was serving the community as a Town of Cortlandt Council member and subsequently for ten years as Town Supervisor. Following his civic service, he co-owned a travel agency with his wife. He served as President of both the Peekskill Rotary Club and AWTA.

Funeral service at Church will be Wednesday, January 4 at 10 AM.

In lieu of flowers, donations may be made to First Baptist Church.

To send flowers to the family or plant a tree in memory of Charles DiGiacomo, please visit Tribute Store
Print
Tuesday
3
January