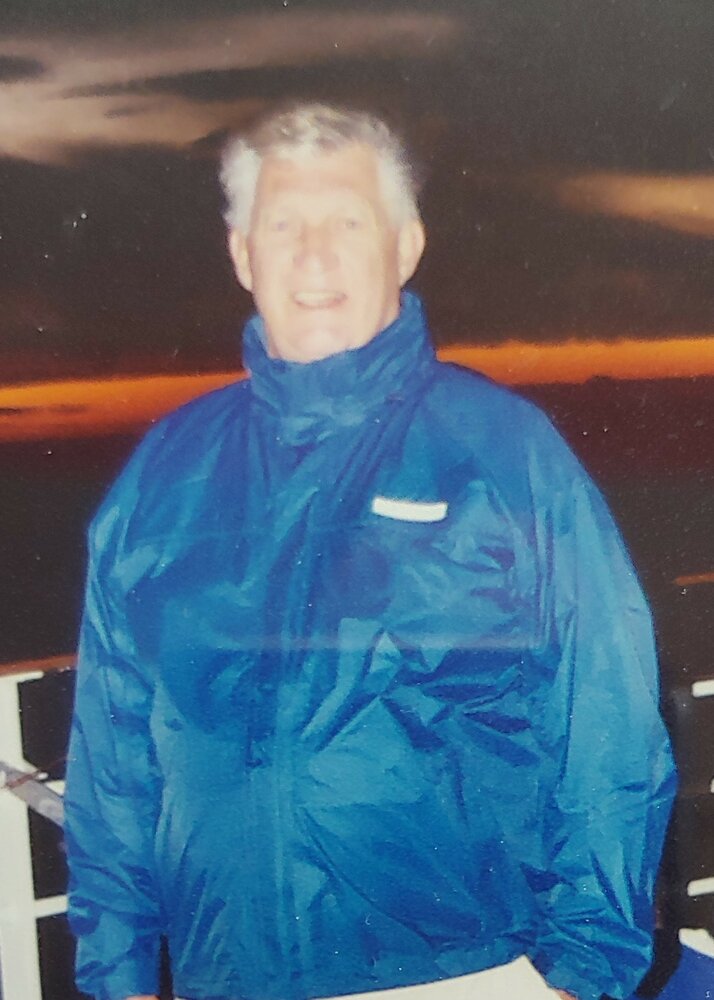 3 trees were planted in memory of
Frank J. Knazik

Dear Coach Knazik,We are very sorry for your loss. Our thoughts and prayers are with you and your entire family. Join in honoring their life - plant a memorial tree
Please wait
B
Bob Dick uploaded photo(s)
/public-file/811/Ultra/Image_jpeg.jpeg 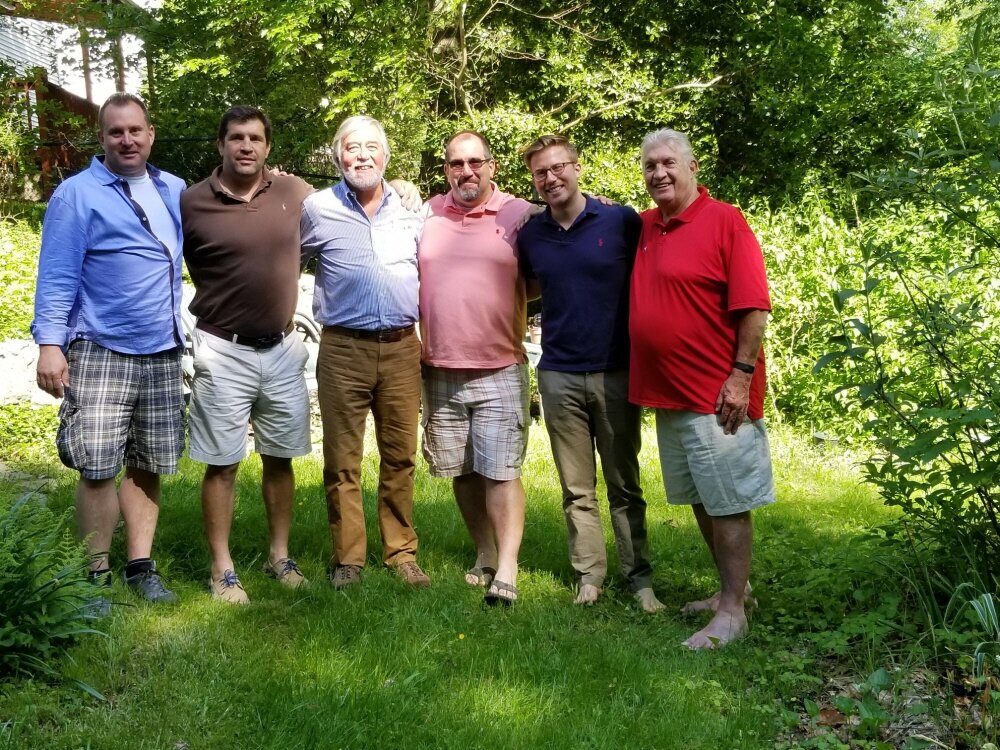 Q: How would you describe Frank to someone who had never met them? A: I first met Frank when he came to date my sister, Barbara when he was about 15. My sister was the same age and I was the inquisitive "little brother" of 9 at the time. It was clear that Barbara and Frank hit it off right from the start but I wasn't really paying attention at that time. Seven years later, Barbara and Frank got married the day before I went off to college. I'll just leave it at that I missed most of the post-wedding celebration due to some poor judgement and the encouragement of some of the happy couple's friends to "try this drink". My best memories of Frank are associated with his positive outlook. Frank always saw the cup half-full. He might joke about other options, but everything was going to work out fine. He was a loving and caring partner to my sister for the entire time they were together. I never saw Frank angry, I never heard him raise his voice, and I never heard him have a quarrel with Barbara. They always seemed to work out whatever differences they had because they knew it was important to their relationship to do so. It was also clear that they were very much in love. I know that Barbara is a strong woman who will manage to get along after this loss, but I also know that she will dearly miss Frank's comforting presence. He was a confidant and supporter all the time, and he offered those qualities to whomever else needed them. Frank was also a terrific dad. He and Barbara raised three wonderful sons and have expanded to the next generation with wonderful grandchildren. Those key qualities that filled Frank's life live on in theirs as well. That is the best legacy one can leave. I guess it's best to describe Frank as "a good man" - and that's not something found easily in today's world. I'm glad to have known him and it is a pleasure to continue to consider myself as part of his family that lives on. His memory certainly will in my heart. The attached photo was taken in 2017 with Frank, his sons, my son Brad, and Frank. It's titled: "the men of the family".
Please wait
Share Comment
B
Barbara Knazik Posted Jan 21, 2023 at 8:46 PM
Bob, thanks for the tribute. He will always be the best. Sis xx
Report
k
kevin hartigan posted a condolence
Dear Barbara, Please accept our sympathy on the passing of Frankie. We will always cherish the memories we had together. Your family is in our prayers. "Those were the day's my friend............." God Bless. Eileen and Kevin Hartigan
Please wait
Share Comment
B
Barbara Knazik Posted Jan 18, 2023 at 9:09 PM
Hi Eileen and Kevin, thanks so much for getting in touch at this time. Those WERE the good old rock 'n' roll days!
Report
A
Anonymous purchased flowers
//d1uep5tseb3xou.cloudfront.net/content/images/thumbs/0002019.jpeg

Raffel family is deeply saddened by the loss of our Brother, Brother-in law and Uncle. Our condolences for the family and friends of Uncle Frank. Join in honoring their life - plant a memorial tree
Please wait
A
Anonymous purchased flowers
//d1uep5tseb3xou.cloudfront.net/content/images/thumbs/0003918_written-in-the-stars.jpeg

Anonymous
purchased the Written in the Stars for the family of Frank Knazik. Send Flowers
Please wait
H
Harry, Jack, Ellen-Jane and Ben Moss planted a tree in memory of Frank Knazik
//s3.amazonaws.com/skins.funeraltechweb.com/tribute-store/memorial-tree.jpg

With our thoughts and condolences. The Moss Family Join in honoring their life - plant a memorial tree
Please wait
A
Anonymous purchased flowers
//d1uep5tseb3xou.cloudfront.net/content/images/thumbs/0003417.jpeg

Anonymous
purchased the Magnificent Life Spray and planted a memorial tree for the family of Frank Knazik. Send Flowers
Please wait
A
Anonymous planted a tree in memory of Frank Knazik
//s3.amazonaws.com/skins.funeraltechweb.com/tribute-store/memorial-tree.jpg

Sending our love and hugs. We are thinking of the whole family and thinking of all of you. Love Bob, Toni, Carrie, and Brad Join in honoring their life - plant a memorial tree
Please wait
A
Anonymous purchased flowers
//d1uep5tseb3xou.cloudfront.net/content/images/thumbs/0002033_gracious-lavender-basket.jpeg

We are deeply sorry for your loss ~ the staff at Joseph F. Nardone Funeral Home Join in honoring their life - plant a memorial tree
Please wait
<< Previous Next >>
Saturday
14
January