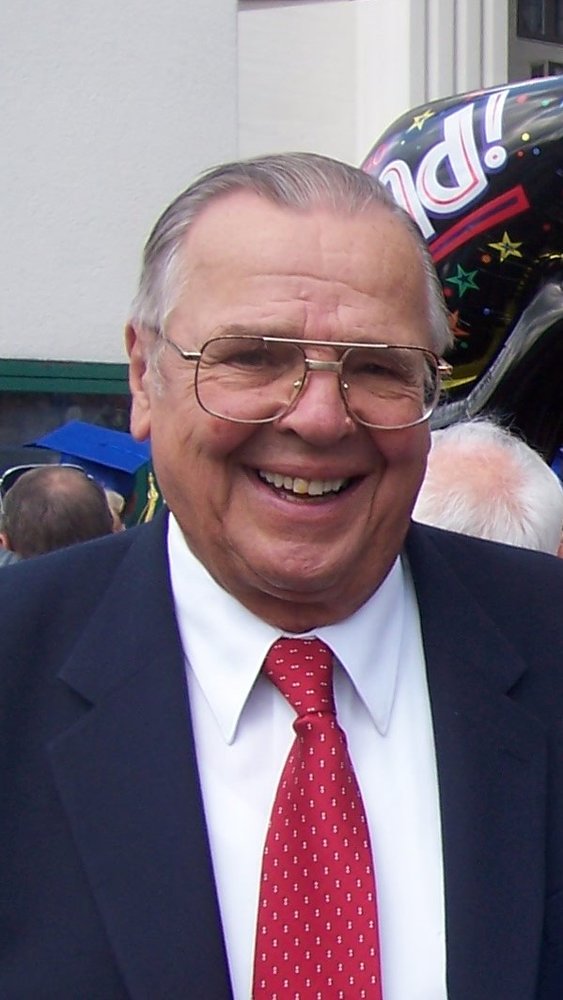 Dick was born in Poughkeepsie, NY to the late Frank and Christine Bub on July 17, 1930. After graduating from Poughkeepsie High School, he proudly went on to serve his country as a United States Combat Marine in the Korean War.

Upon his Honorable Discharge from the Marine Corps, Dick went on to earn a degree in education from Cortlandt State University. He also had the opportunity to play Semi-Pro Football for the Poughkeepsie Indians and went on to share many great memories from that experience.

His passion for all sports, swimming, track, and field, and wrestling lead him into a career in physical education at Hastings High School.

During his tenure, he had the great opportunity to be the head coach of the Varsity Football team, as well as track and wrestling coach.  He proudly served as athletic director as well.  He was known to all his students as “Coach Bub”

While in retirement, he enjoyed the cowboy lifestyle, long summers on Nantucket, traveling the world.  Even after his retirement, his love of being around people and sports brought him to many speaking events in Hastings.

He loved to read books, many by Clive Cussler, and spent mornings doing crossword puzzles, as well as playing solitaire.

He was an avid Giants fan and watched every Sunday no matter how bad they played.

He liked to enjoy his favorite meal, Veal Marsala at the Sunshine Restaurant.  He was a real peoples person and enjoyed being around family and friends. He would always end the day saying God Bless You! And the Good Lord willing and the creek don’t rise.

Dick is predeceased by his first wife Carroll and his brothers, Sonny and Bob.

He is survived by his wife Sally of Kinnear, Wyoming.  He is also survived by his children: Richard Jr., Billy, Annie, Paul, and Pete and his step-children Meggan and Amelia.  Dick leaves behind his grandchildren: Nicholas, Jessica, Kelsey, Mekayla, Kaden, Dylan, Kyah, Evan, Luke, Chase, great-grandchildren: Sofia and PJ, as well as many nieces and nephews.

Mass of Christian Burial will be held on Thursday, June 24 at 11:00 am at Church of the Holy Spirit, 1969 Crompond Road, Cortlandt Manor, NY.

To send flowers to the family or plant a tree in memory of Richard Bub, Sr., please visit Tribute Store
Print
Wednesday
23
June