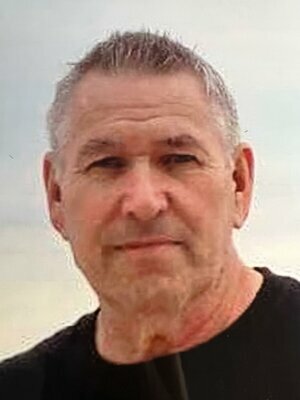 Please share a memory of John to include in a keepsake book for family and friends.
View Tribute Book

John was born in the Bronx to Peter and Helen (Malinowski) Grabowiecki on September 29, 1951.

He has spent the last six and a half years working at Hendrick Hudson High School as a Senior Safety Security Officer.

Referred to as a ‘gem’, he was well-liked and respected by staff and students alike.  His presence in the school will be sorely missed, especially by the cafeteria crew.

He loved traveling and traveled extensively to Machu Picchu, Egypt, Italy, Antarctica, and many other destinations.  He loved the islands, especially St. Thomas.

An avid fan of James Bond in particular, he enjoyed movies, music and had a passion for astronomy.  He had a talent for ‘handy work’ which he shared with many of his friends and family on various occasions.

He is survived by his loving sons, Christopher (Jamie Sandross), Michael (Rosa), and their mother Ausilia (Ceilia) Grabowiecki.

He will be affectionately missed by his long-time loving partner Anita Salvate.  He will also be lovingly remembered by his adoring grandchildren Maximus, Jayden, Tyler, and Laila.

He was a very caring man who touched many lives and had life-long friends.  His favorite comments were ‘Don’t dwell on it’ and ‘It is what it is’.  He will be truly missed.

To send flowers to the family or plant a tree in memory of John Grabowiecki, please visit Tribute Store
Print
Wednesday
16
March