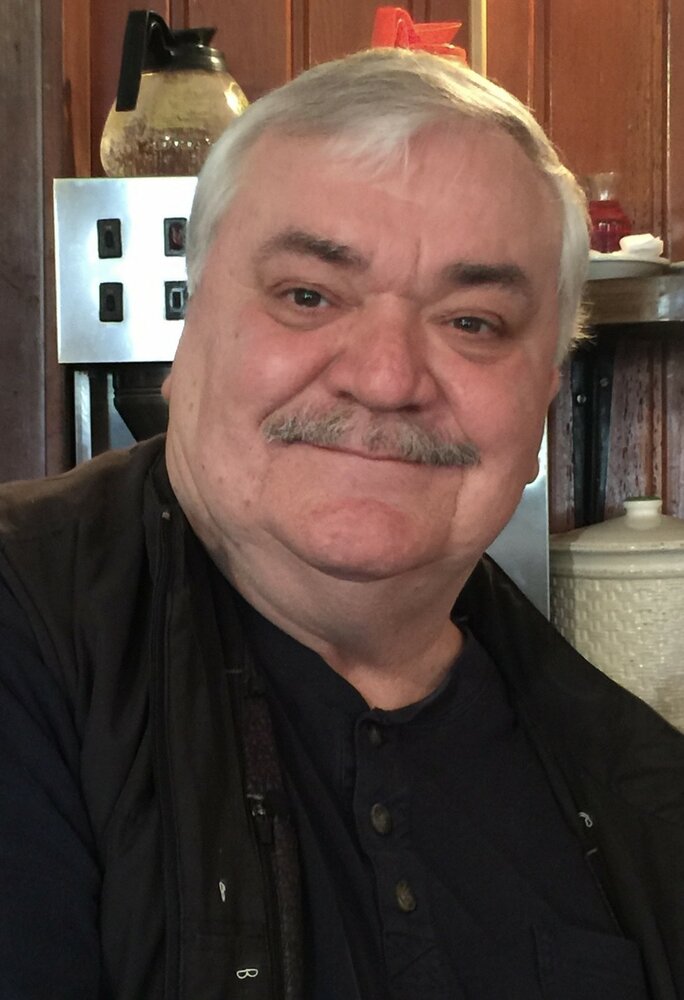 Please share a memory of George to include in a keepsake book for family and friends.
View Tribute Book

George Makarczuk was born on July 31, 1953, to Maksym and Pauline (Popruzuk) Makarczuk, and grew up in Yonkers, NY.

His light continues to shine through his loving wife MaryAlison Makarczuk (Sloat), his two daughters: Laryca and Meghan, brother Maksym, and his family. George and Alison have cherished seeing their family grow to include Sean Cilento and Steven Hunt.

He is preceded in death by his parents and sister Lesia.

George was proud to have been born in Yonkers, New York into a Ukrainian immigrant family. He was the only member of his family to be born in the U.S. He could have been President!

His school years through Gorton High School were filled with friends, playing saxophone in many bands, Ukrainian school and Ukrainian Dance troupe on weekends, working at Al’s Service Station and towing, and helping his dad in all aspects of the family masonry business. George’s father wished for his sons to grow up and have jobs where they wore ties and worked even on rainy days. So, George began college at Fordham University and began working at County Trust/Bank of NY.

It was there that he met Alison Sloat when she was assigned to the Audit Department as a Trainee. George always claimed he knew he would marry Alison from their first meeting. Truthfully, she was not sure but it was not long until she knew he was the one.  He didn’t know there was a silent Mary in her name until they applied for a marriage license.

From that moment on they were an inseparable and devoted team. They were involved in a constant competition to win who loved the other more each day.

Together they added two wonderful daughters to their family unit with the primary focus of child-rearing to make good people. Laryca and Meghan brought George so much love, pride, and completeness. They never doubted his love or support because he always told them how lucky he was, how much he loved them, and how proud he was of them.

George decided he preferred working with his hands and left his bank job to become a carpenter with Union Local 163 in Peekskill. He shared this experience with his father-in-law (James A. Sloat III) and for a time, his beloved brothers-in-law. He was forced to retire in 1991 after an injury that required a hip replacement at 39 years of age. Chronic back pain and continued hip issues associated with his permanent partial disability would persist for the next 30 years.

Nevertheless, George returned to college and became certified to teach Science, with a minor in Geology.  He taught science and astronomy at Chestnut Ridge High School. Unfortunately, the persistent problems with hip and back as well as additional medical issues forced a full retirement.

With retirement came unexpected gifts. As a stay at home dad George enjoyed the opportunity of becoming involved with his young children as they grew into young women. He was able to volunteer at their schools, chaperone trips, cheer at games and tournaments, teach valuable skills, and offer endless amounts of support.  He was also able to willingly offer help and assistance to all friends and family when needed.  He also became an excellent volleyball fan and line judge for the St. Patrick’s Volleyball Program in Bedford.

If you knew George, you were a friend. That’s how it worked. He never met a person who did not become a friend.

George was a great guy with an endless repertoire of dad jokes. He shared his jokes with everyone, including telemarketers. If he told you a joke, it made his day and probably yours. He would instruct you to ‘joke it forward’ and make someone else happy.  George helped make the world a better place.

Thank you so very much for honoring George with your kind words and memories as well as planting trees and sending flowers in his memory.

For those who have asked, donations can be made to United 24, the initiative of President Zelenskyy of Ukraine.

George was a proud and avowed “COVID virgin” and the family asks that visitors wear masks in deference to his wishes.

To send flowers to the family or plant a tree in memory of George Makarczuk, please visit Tribute Store
Print
Wednesday
4
January